Weight training helps hold off age-related deterioration in parts of the brain, Canadian researchers have shown.

Exercise is known to maintain memory and brain functions needed to solve problems and make decisions. Now investigators are learning how it can also slow disease progression in the brain as one ages.

Older women randomly assigned to weight train for an hour, twice a week showed significantly less shrinkage of the white matter in their brain than their counterparts who spent the same amount of time focusing on balance and flexibility.

These lesions in the white matter are like potholes that can compromise the ability of messages to travel quickly.

At first, the lesions don’t affect memory or thinking. But if the lesions grow and deepen throughout the brain then there can be impairment, said Teresa Liu-Ambrose of the University of British Columbia’s department of physical therapy.

Liu-Ambrose led the small, randomized trial studying the different kinds of exercise in 155 healthy women between 65 and 75. 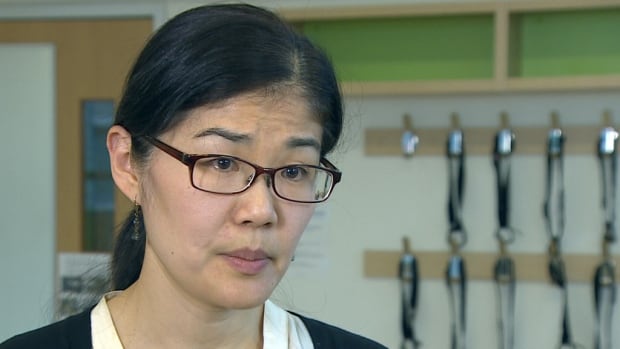 Teresa Liu-Ambrose found differences in the progression of lesions in the white matter of women who did resistance training compared with balance exercises. (CBC)

The investigators focused on 54 participants with some degree of white matter lesions. They completed either one year of upper and lower-body weight training with increasing loads or stretching and balance training as the control group. 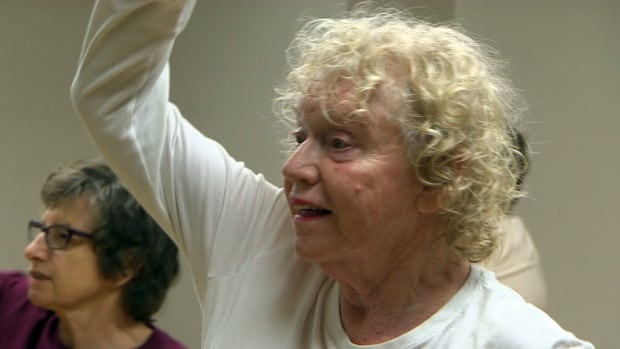 Researchers are able to track the progression of lesions in the white matter using MRIs, magnetic resonance imaging. And scientists expected these brain lesions to expand or spread with time.

“What we found was that with those individuals who were involved in twice-a-week resistance training, their volume essentially remained unchanged over time. And that’s pretty critical,” Liu-Ambrose said. “In comparison, those in the balance and tone group actually did increase, so the lesions or the disease did spread to a greater portion of the white matter.”

In the study, those who did resistance training exercises also maintained their walking speed.

Joyce Mar, 76, was one of the participants. The study motivated her to exercise more.

“Get your butt to the gym and get moving,” Mar suggested. “It really does make a difference. I look at people my age who don’t go to gym and they really can’t move very well. I think I can move fairly well for the age I am.”

Dr. William Reichman, a specialist in geriatric mental health at Baycrest Health Sciences in Toronto, was not involved in the research. But he welcomed the findings, particularly for those who have trouble getting their heart rates up due to arthritis or limitations such as heart disease.

“The message that upper body weight training can get positive brain results is really important as an alternative to lower body dependent exercise,” Reichman said in an email.

The study was published in October in the Journal of the American Geriatric Society.

The Heart and Stroke Foundation is funding Liu-Ambrose’s larger trial, which is set to begin in January. It aims to determine if investigators can see the same response in a larger group of older adults with early pathology in their white matter.