Published in the Vancouver Sun.

For those with mild cognitive impairment caused by mini-strokes, exercise is the best medicine 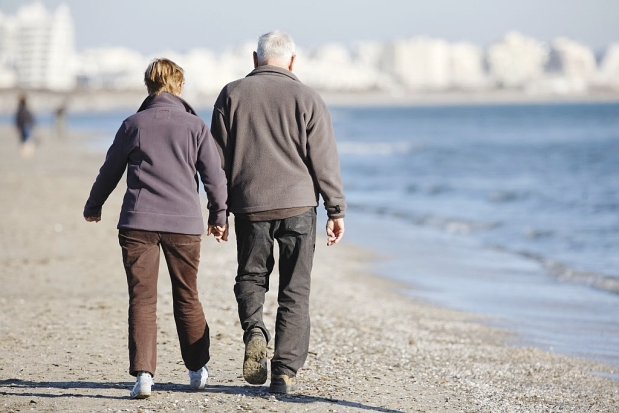 A new study by a UBC researcher shows three hours of brisk walking per week can improve cognitive function, memory and selective attention in people who have mild cognitive impairment from mini-strokes. Photo credit: Fotolia

It’s more evidence that shows physical exercise is an effective way to prevent or slow the progress of dementia, says Liu-Ambrose, who is presenting the research for the first time Thursday at the Alzheimer’s Association International Conference in Washington, D.C., the world’s largest gathering of experts on Alzheimer’s and other dementias.

“We’re quite keen to focus on vascular dementia because it could potentially be the most treatable type,” Liu-Ambrose said in a phone interview before the conference. “You can alter the trajectory with exercise.”

Liu-Ambrose and a team from the Djavad Mowafaghian Centre for Brain Health, part of the Vancouver Coastal Health Research Institute, worked with 71 adults between the ages of 56 and 96 who had confirmed cases of mild cognitive impairment. Brain scans at the onset confirmed damage caused by mini-strokes — or transient ischemic attacks

— which block small blood vessels in the brain.

Participants in one group took part in an hour of aerobic exercise three times per week while those in the other group followed their usual routine with an additional education seminar on nutrition once per month. All completed memory and cognitive tests at the beginning and end of the study.

The aerobic exercise was walking outside with another person and participants gradually worked up to raising their heart rates to a moderate level, where they could carry on conversations with a bit of difficulty.

At the end of six months, the brisk walkers improved their scores on cognitive function, memory and selective attention, compared to the control group.

Details of the research are expected to be published in the coming year.

“Despite what we know about exercise, for whatever reason, people still have the thought that it can’t work. Maybe they think it’s too easy,” says Liu-Ambrose.

Rather than put on a pair of runners and head outside, they’re willing to pay for online cognitive training, for instance, even though there’s less evidence that it works, she adds.“The research isn’t as robust. The public perception is that they’re equally effective and I can’t figure that out,” says Liu-Ambrose, who is also a professor in physiotherapy at UBC.

Mini-strokes affect up to half of the population over forty, but usually go unnoticed until damage builds, she notes. Alzheimer’s disease is a more high-profile cause of dementia, but blockages to tiny blood vessels in the brain also create cognitive impairment including memory loss, difficulty with complex daily activities like banking or trouble with decision making and problem solving.

“Changes occur and accrue over time until people can’t cope. But the underlying pathology occurs years before that,” she notes.

“For individuals who are affected by cognitive impairment and dementia, it’s quite a stressful diagnosis. With physical activity, you could potentially buy some additional time with more quality of life rather than less.”

Liu-Ambrose’s past work includes research that concluded weight training is more effective than aerobic exercise or stretching in slowing the progress of dementia among women over 70.

Her next projects will try to quantify which combination of exercise is optimal for preventing dementia and why it works.