Lifting Weights, Twice a Week, May Aid the Brain

Published in the New York Times. 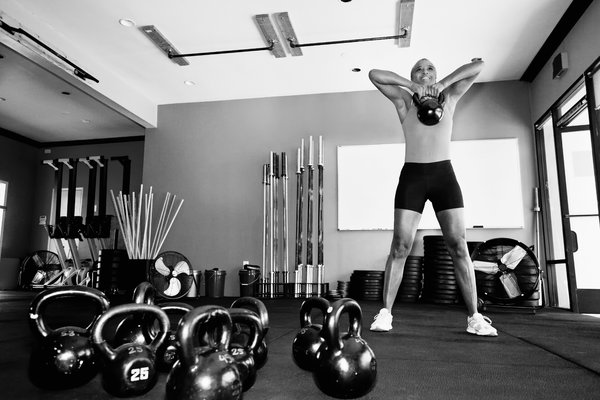 Exercise is good for the brain. We know that. But most studies of exercise and brain health have focused on the effects of running, walking or other aerobic activities.

Now a new experiment suggests that light resistance training may also slow the age-related shrinking of some parts of our brains.

Our brains are, of course, dynamic organs, adding and shedding neurons and connections throughout our lifetimes. They remodel and repair themselves constantly, in fact, in response to our lifestyles, including whether and how we exercise.

But they remain, like the rest of our bodies, vulnerable to the passage of time. Many neurological studies have found that, by late middle age, most of us have begun developing age-related holes or lesions in our brains’ white matter, which is the material that connects and passes messages between different brain regions.

These lesions are usually asymptomatic at first; they show up on brain scans before someone notices any waning of his or her memory or thinking skills. But the lesions can widen and multiply as the years go by, shrinking our white matter and affecting our thinking. Neurological studies have found that older people with many lesions tend to have worse cognitive abilities than those whose white matter is relatively intact.

A few encouraging past studies have suggested that regular, moderate aerobic exercise such as walking may slow the progression of white matter lesions in older people.

But Teresa Liu-Ambrose, a professor of physical therapy and director of the Aging, Mobility, and Cognitive Neuroscience Laboratory at the University of British Columbia in Vancouver, wondered whether other types of exercise would likewise be beneficial for white matter.

Our muscles, like our brains, tend to shrink with age, affecting how we move. Punier muscle mass generally results in slower, more-unsteady walking.

More surprising, changes in gait with aging may indicate and even contribute to declines in brain health, including in our white matter, scientists think.

But if so, Dr. Liu-Ambrose thought, then weight training, which strengthens and builds muscle, might be expected to alter that process and potentially keep aging brains and bodies healthier.

To test that idea, she and her colleagues turned to a large group of generally healthy women between the ages of 65 and 75 who already were enrolled in a brain health study that she was leading. The women had had at least one brain scan.

For the new study, which was published this month in The Journal of the American Geriatrics Society, the scientists zeroed in on 54 of the women, whose scans showed existing white matter lesions.

The scientists tested the women’s gait speed and stability, then randomly assigned them to one of three groups.

Some began a supervised, once-weekly program of light upper- and lower-body weight training. A second group undertook the same weight-training routine but twice per week. And the third group, acting as a control, started a twice-weekly regimen of stretching and balance training.

All of the women continued their assigned exercise routines for a year.

At the end of that time, their brains were scanned again and their walking ability re-assessed.

The results were alternately sobering and stirring. The women in the control group, who had concentrated on balance and flexibility, showed worrying progression in the number and size of the lesions in their white matter and in the slowing of their gaits.

So did the women who had weight trained once per week.

But those who had lifted weights twice per week displayed significantly less shrinkage and tattering of their white matter than the other women. Their lesions had grown and multiplied somewhat, but not nearly as much.

They also walked more quickly and smoothly than the women in the other two groups.

These findings suggest that weight training can beneficially change the structure of the brain, but that “a minimum threshold of exercise needs to be achieved,” Dr. Liu-Ambrose said.

Visiting the gym once per week is probably insufficient. But twice per week may suffice.

However, this experiment did not closely examine whether differences in the women’s white matter translated into meaningful differences in their ability to think, although Dr. Liu-Ambrose and her colleagues hope to study that issue soon, as well as whether men’s brains respond similarly to weight training.

They also hope to learn more about just how weight training affects white matter. It may be that strengthened muscles release substances that migrate to the brain and stimulate beneficial changes there.

Or weight training, in improving walking ability, may affect portions of the brain related to movement that in turn somehow slow the brain’s loss of white matter.

Whatever the reason, exercise, including weight training, clearly “has benefit for the brain,” Dr. Liu-Ambrose said. “However we are just really now gaining an appreciation for how impactful exercise can be.”