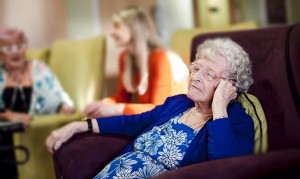 Getting a bad night’s sleep can do more than make us feel hazy and tired the next day. It can also contribute to the development of cognitive impairment and dementia, such as Alzheimer’s disease, particularly later in life. A new study led by Vancouver Coastal Health Research Institute (VCHRI) researchers Ryan Falck and Dr. Teresa Liu-Ambrose is examining interventions that could protect our cognitive function as we age.

Over time, our body becomes less able to respond to stimuli, such as sunlight, and regulate our circadian rhythms—our 24-hour biological clock that helps us feel more alert during the daytime and sleepier at night—says Liu-Ambrose. These changes to our biological clock can lead to a vicious cycle wherein poor sleep leads to poorer cognitive health, which in turn causes even worse sleep.

“Few studies to date have shown whether interventions to support better sleep could translate into improved cognition.”

Liu-Ambrose and Falck are leading a study, called Buying Time, with almost 100 adults 60 years of age and older from the Greater Vancouver area. They have an increased risk of developing dementia—a decline in cognitive skills and memory. The research study examines whether the sleep quality, cognitive performance and brain health of older adults will improve following a physical activity, sleep and bright light therapy program.

Study participants were educated about sleep-related topics and given personalized exercise programs to increase their level of physical activity and reduce sedentary behaviour. They were also given an individually tailored bright light therapy box to use every morning to help realign their circadian rhythms.

Participants’ physical activity levels were recorded using Fitbit wearable technology. They also used a MotionWatch8 wristwatch at night to record how quickly they fell asleep, how long they slept, if their sleep was restless and how often they woke up during the night.

Even one night of sleep deprivation can affect our body’s natural ability to remove toxins from our brains. It is also a cumulative process whose repercussions are often felt years later, as age-related dementia typically develops over a span of 20 to 25 years.

“More than 50 per cent of older adults report experiencing poor quality sleep, and particularly the inability to stay asleep at night.”

Poor quality sleep can also increase the likelihood of falls, which are a leading cause of morbidity and mortality among older adults, says Liu-Ambrose. 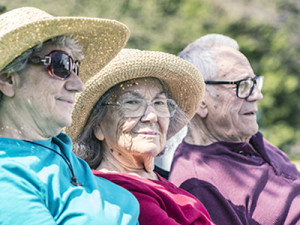 Because there is no known treatment for dementia or Alzheimer’s, taking preventative steps earlier in life is essential to increase our odds of aging well.

Liu-Ambrose and Falck plan to use the results of their Buying Time study to develop educational programs to help older adults improve their sleep quality and cognitive health.

“Protecting your sleep, exercising regularly and eating a healthy diet are like saving for your retirement,” notes Liu-Ambrose. “They can pay dividends in later life in the form of good health and a decreased risk of developing disease.”