Although it may seem counter-intuitive, looking ‘below the neck’ for signs of cognitive decline before obvious symptoms appear is potentially a highly effective and accessible alternative to high-level cognitive neuroimaging or neurpsychological assessments. A new study by Vancouver Coastal Health Research Institute scientist Dr. Teresa Liu-Ambrose reveals that simple measures of physical function, such as a person’s ability to balance, to walk, or their strength level, are strongly related to subtle changes in cognitive status and may predict cognitive function in the future.

“We’re recognizing that dementia is a disease that probably develops over 20 to 30 years – it’s not necessarily something that just starts when you turn 65,” says Dr. Liu-Ambrose, Canada Research Chair and researcher at Djavad Mowafaghian Centre for Brain Health and the Centre for Hip Health and Mobility. “Changes happening centrally may not manifest as obvious cognitive impairment for many years and as a result, many individuals continue to function until a critical mass of deficits is reached.” 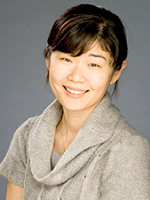 Dr. Teresa Liu-Ambrose is identifying physical function and health status measures that can be easily assessed within the clinical setting to detect subtle cognitive changes.

“We wanted to look at the entire body because everything is inter-related and checking how quickly someone can balance is much easier and less scary for patients than undergoing cognitive testing or brain scanning.”

Current recommendations for assessing cognitive impairment involve high-level testing, such as neuroimaging or neuropsychological testing, which have their utility but are not easily accessible to family doctors who see patients regularly. Dr. Liu-Ambrose and her team sought to find the most basic measures that a wide variety of clinics, particularly family doctors and general practitioners, could use to suggest a person’s future cognitive abilities. Their study cohort comprised otherwise healthy older adults.

The research team found that key predictors of cognitive function were leg strength, balance, hip girth width, and physical activity. The risk-calculating model they developed was able to predict a high proportion of their participants’ cognitive status 12 months later. The study highlights that these simple observations could be of utility and quite sensitive to changes over time.

“If you talk to physicians who treat older adults, very often they’re already making judgements about a person’s function just by how they’re walking,” says Dr. Liu-Ambrose. “Among other things, we looked at a very simple leg strength measure, which takes all of two minutes to measure. And we looked at balance, which takes 30 seconds to measure. While we recognize these additional measures still mean adding time to the medical system, these are very simple and low-cost tools.”

“Overall, we really need to take a step back and look at the whole person to get best understanding of how they are functioning – both physically and cognitively. By noting subtle changes in physical function in the absence of overt cognitive changes, we may be able to reshape the future of our patients simply by intervening at a stage where things can still be easily modified.” 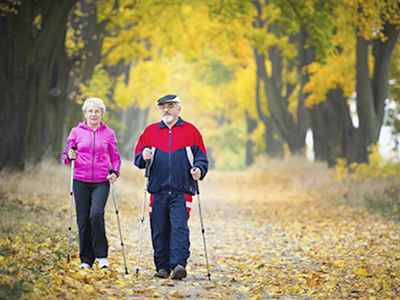 The research team is moving forward with a larger study to refine their risk calculations and they plan on creating an easy online calculator for health practitioners that would provide better cognitive function predictions for patients.

Similar to Dr. Liu-Ambrose’s previous research, which has consistently demonstrated how physical exercise is beneficial to the brain, the study found that physical activity was protective against reductions in cognitive function.

“Even though in this particular study we’re trying to show what predicts cognitive status of an individual, the model we developed concurs with our other studies – that is physical activity is good for maintaining cognitive health,” says Dr. Liu-Ambrose.

“And being physically active isn’t tied to going to the gym or completing a marathon – we’re really talking about minimizing sedentary behaviour,” she adds. “A lot of current data on cognitive outcomes shows that a burst of activity is better than no activity. So if you need a low-ball challenge for yourself that’s okay, that’s a start – we’re recognizing that these short bouts are very helpful. A guiding mantra could be – I will not sit and lie down for more than 23.5 hours per day!”